We've released several new features, improvements, and feature fixes for AdmissionsPlus. Highlights of this update include:

You can download and review a form’s attachments in the Holding Bin. This allows you to check the attachments are complete before receiving the form into AdmissionsPlus and adding the prospect to the Prospect List page. 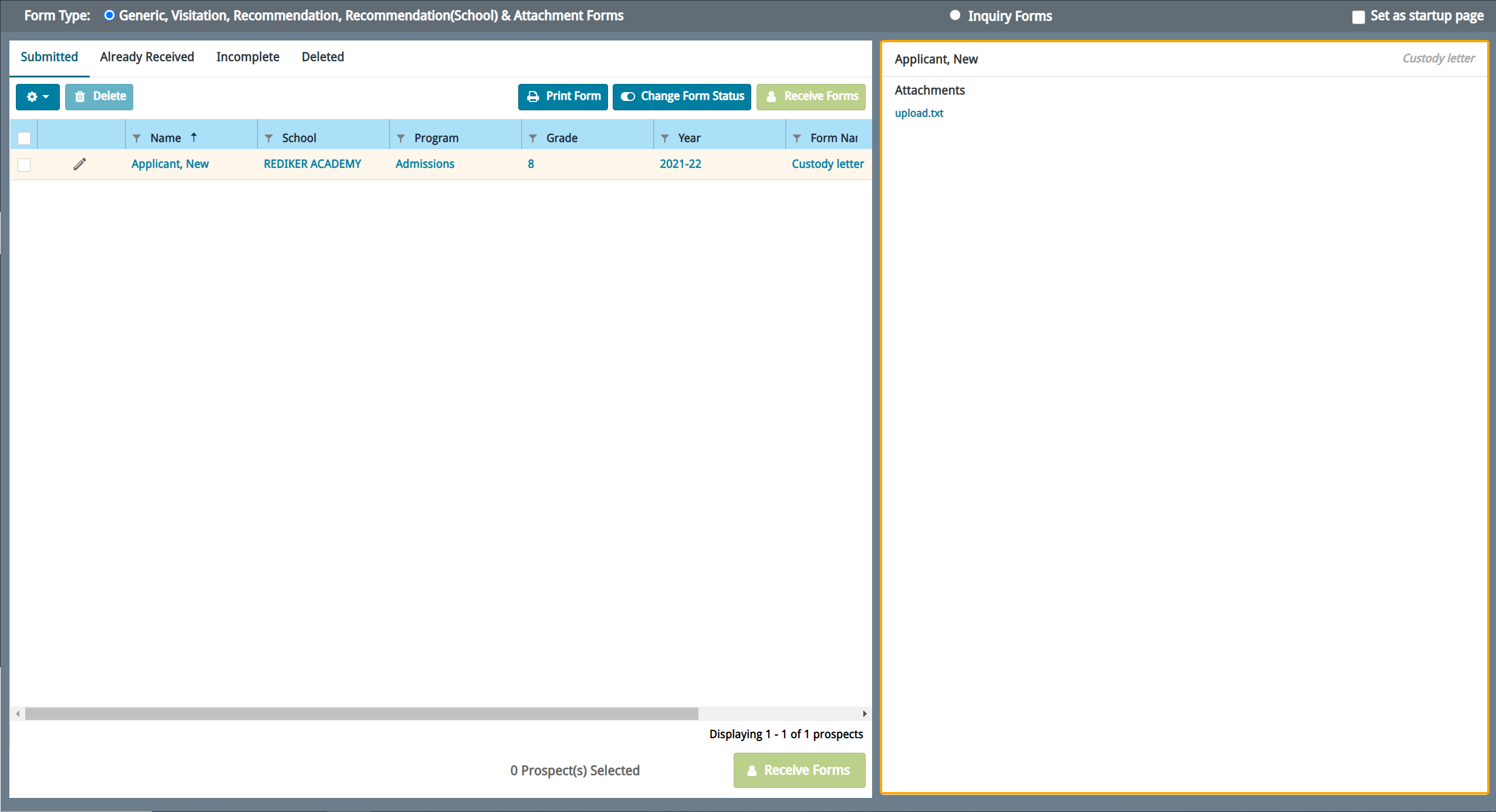 We improved the Prospect Card by arranging the data in neat columns for better readability and splitting the right section into an Admissions and Decision section. In the Admissions section, you can now display up to six fields.

Note: Your resolution must be large enough to accommodate four sections, otherwise this change does not appear.

We added the Prospect Street and Year columns to the Select Household for [Prospect] dialog box to help you determine the correct household to link a prospect to. 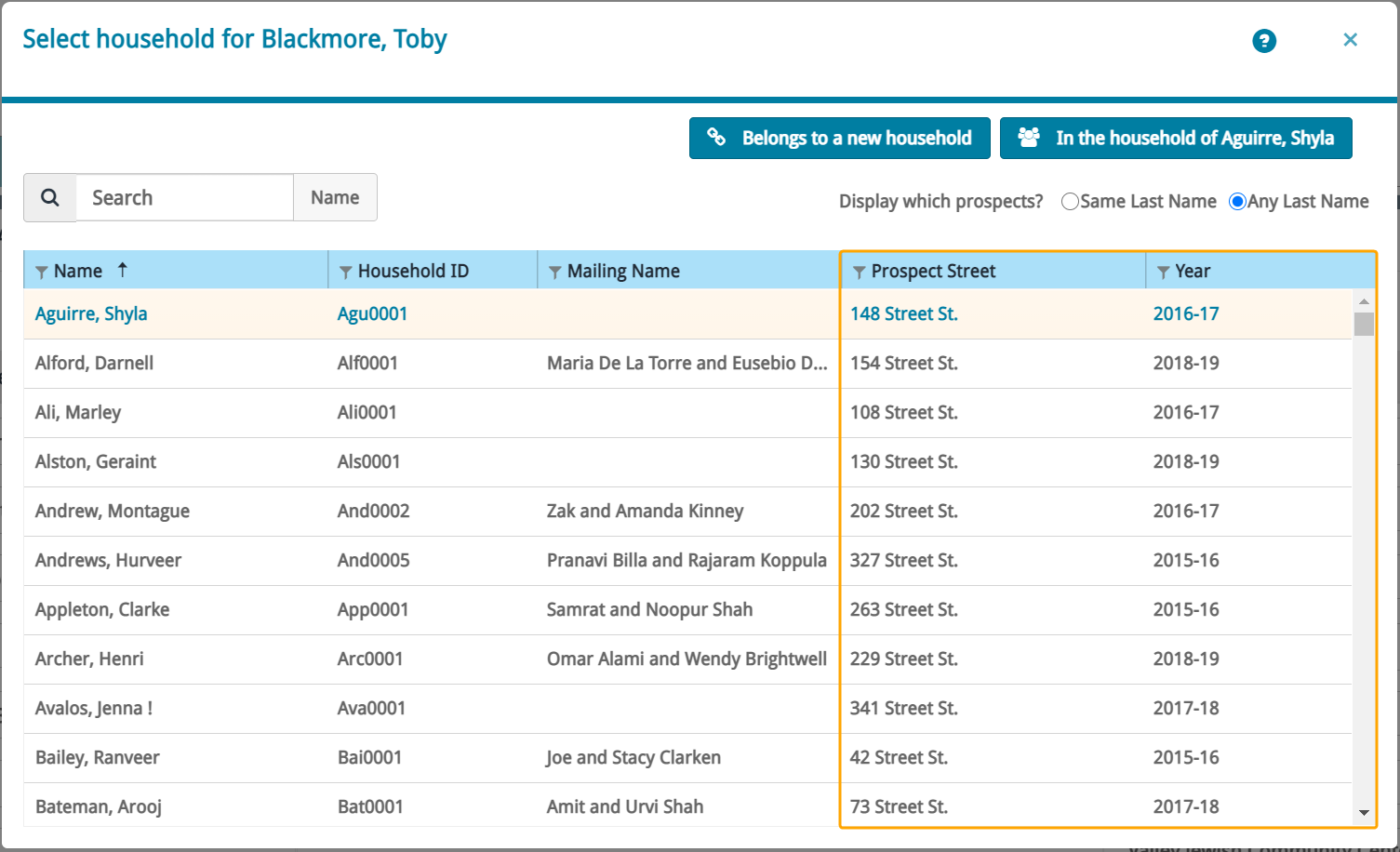 Portfolio items you add to AdmissionsPlus are now only visible to you and any users you select as co-owners of the item. For portfolio items that are received from the holding bin, if an owner is not specified in Online Forms, the user who imported the file is assigned as the owner and the file is set as Visible for other users. If an owner is specified, the item is assigned to them and set as Not Visible. 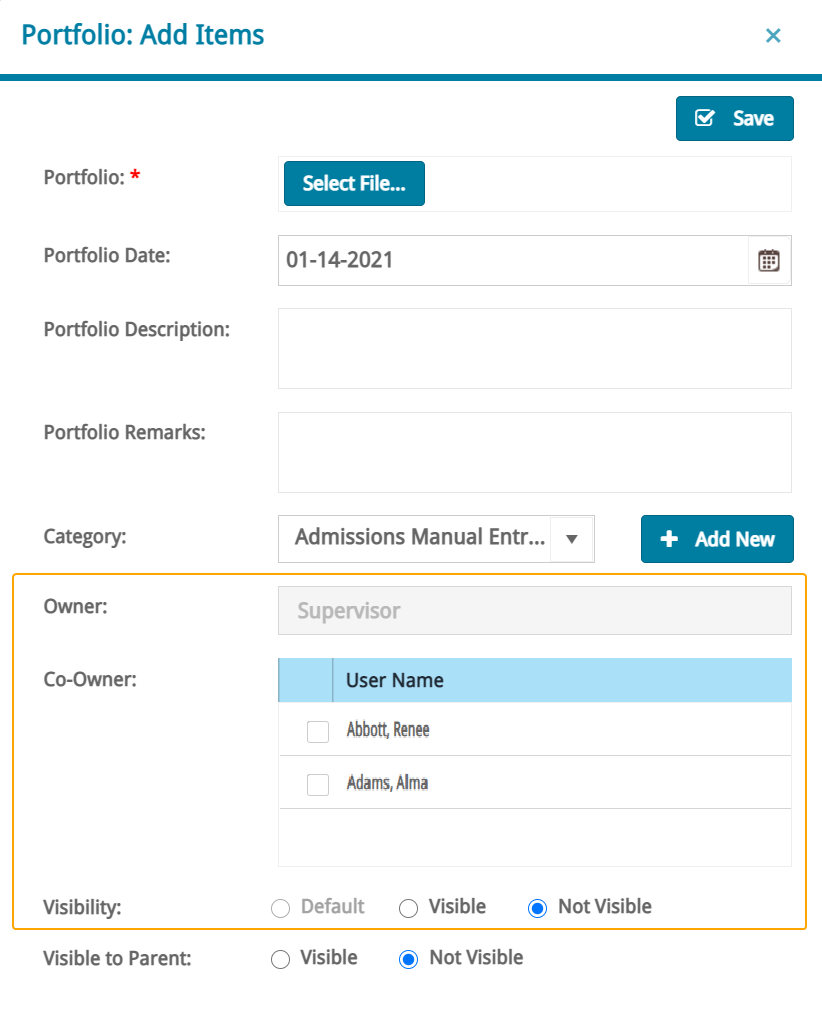 On the Batch Options > Household page, when you click Assign Household ID’s > Next, you will be prompted to assign household ID’s only to prospects in the year selected at the top of AdmissionsPlus.

Previously, grade levels were not correctly exported to Excel when you clicked Export All Prospects or Export (when Multi Select Mode is enabled) on the Prospect List page. We fixed this issue.

Previously, if an email had more than one recipient in the Cc field, it would not send to any of them. We fixed this issue.

Previously, when choosing one of the Copy contacts from options in the Add New Contact dialog box, the contacts weren’t properly linked to the prospect. We fixed this issue. 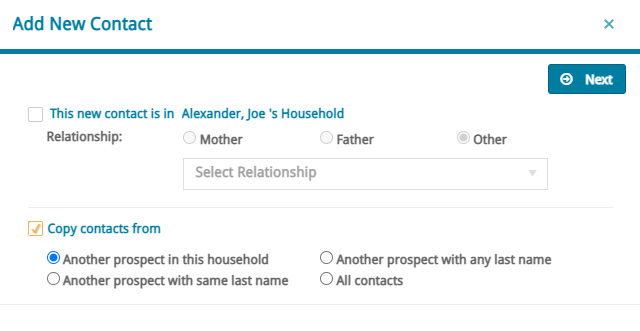 Fixed Issue With Forms Not Properly Converting to PDF

Previously, forms received from the holding bin were not properly converted to PDFs. We fixed this issue.

Fixed Issue Happening When Searching for Prospect While Viewing Another Prospect

When searching for a prospect while viewing another prospect’s admissions data, the Prospect Card changed to the new prospect but the admissions data below remained that of the previous prospect. We fixed this issue.

Fixed Issue With Household Data Not Immediately Updating for Prospects

Previously, the Gender field did not appear as an option for users to add to a Statistical Report. We fixed this issue.