We've released several new features, improvements, and feature fixes for the TeacherPlus Gradebook. Highlights of this update include:

We’ve added statistics to the header of the RC View view. You can access these statistics by right-clicking within the class column and then clicking Select Header Rows. 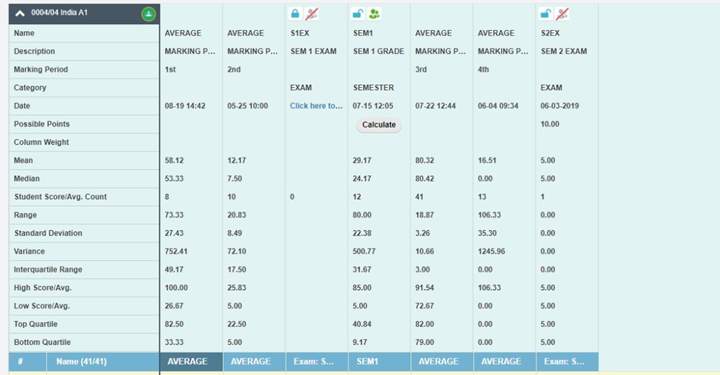 We fixed an issue where, if the Progress Report was generated from an archival gradebook, it displayed the wrong student name.

Previously, annotations appeared in a random order. We fixed this issue so they appear in alphabetic order.

Fixed Issue with Changes not Saving when Small Header was Enabled

When Small Header was enabled under View and a column was unlocked, this change wasn't saved. This issue has been fixed.

Previously, an error occurred if a column was linked to a column deleted in Google Classroom. Now, columns properly sync, and a warning displays if a column is deleted.