Thank you for using TeacherPlus Manager! We've released several new features, improvements, and feature fixes in this release. Highlights of this update include:

We noticed that the Score Query Report was taking longer and longer as more data was added to the export. We have optimized this report to be able to export larger amounts of data quicker, and without producing an error.

We have changed the way Students in reports sort to match the way they sort in the main grid of the Gradebook.

Auto Save Implemented in several screens

We have improved several screens in the Gradebook Manager to automatically save data as it is changed. Those screens are:

We have made some improvements to the UI in the Logs screen: 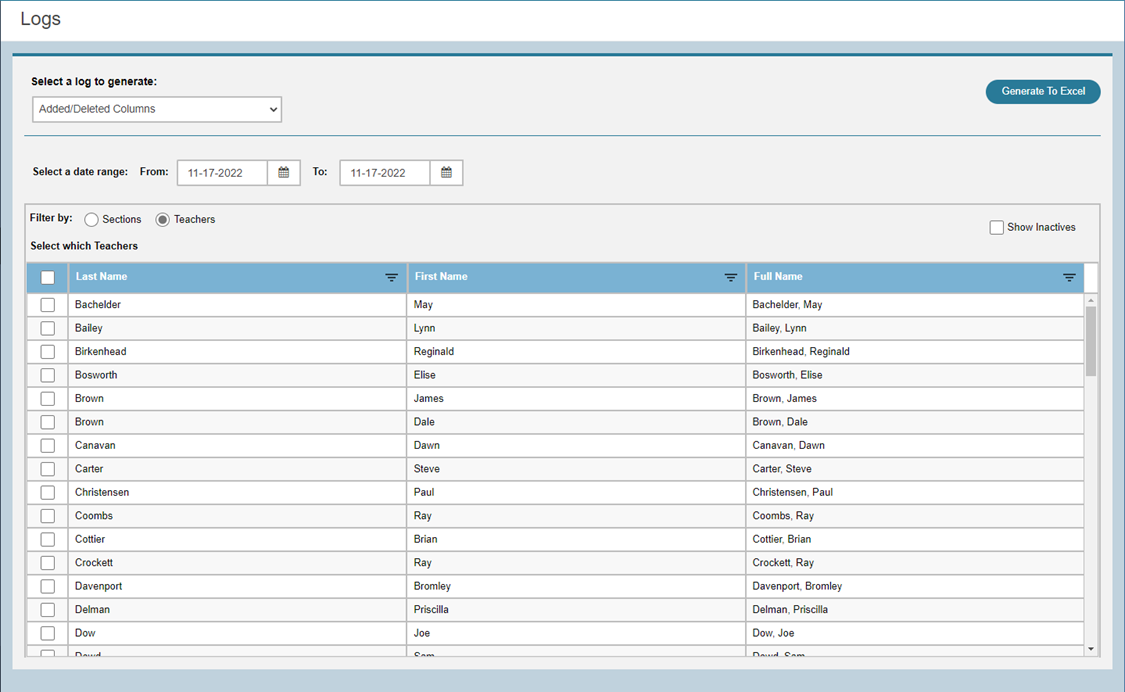 We have improved the Custom Scored Report to be able to export more than 65,000 records.

Fixed an issue that could cause a report to appear to be loading and never finish.

Fixed an issue that caused Inactive students to print in reports regardless of if they were set to print.

Period Attendance will now properly display if all Marking Periods don’t have a date assigned to them.