Thank you for using TeacherPlus Gradebook Manager! We've released several new features, improvements, and feature fixes in this release. We look forward to adding many improvements in 2023. Highlights of this update include:

We have added a Select All button when you are choosing which Gradebooks an Admin User has access to.  This will make it faster when you only need to exclude a few Gradebooks from a user. In addition, your selections will now remain if you filter/unfilter the list. 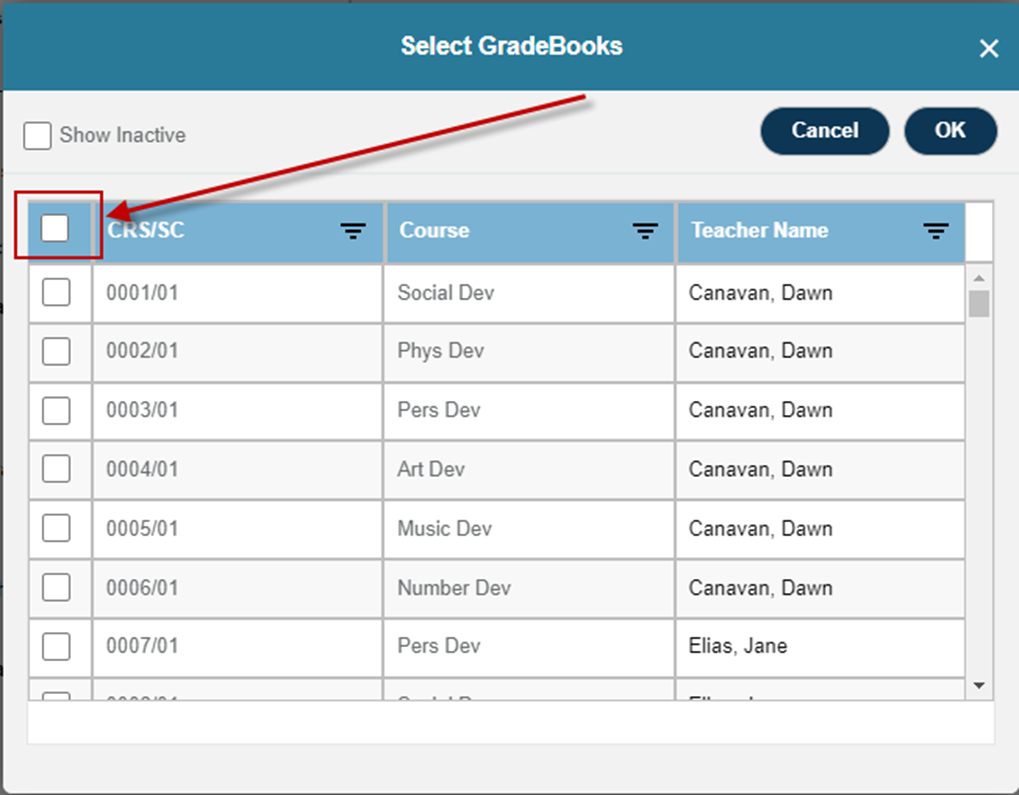 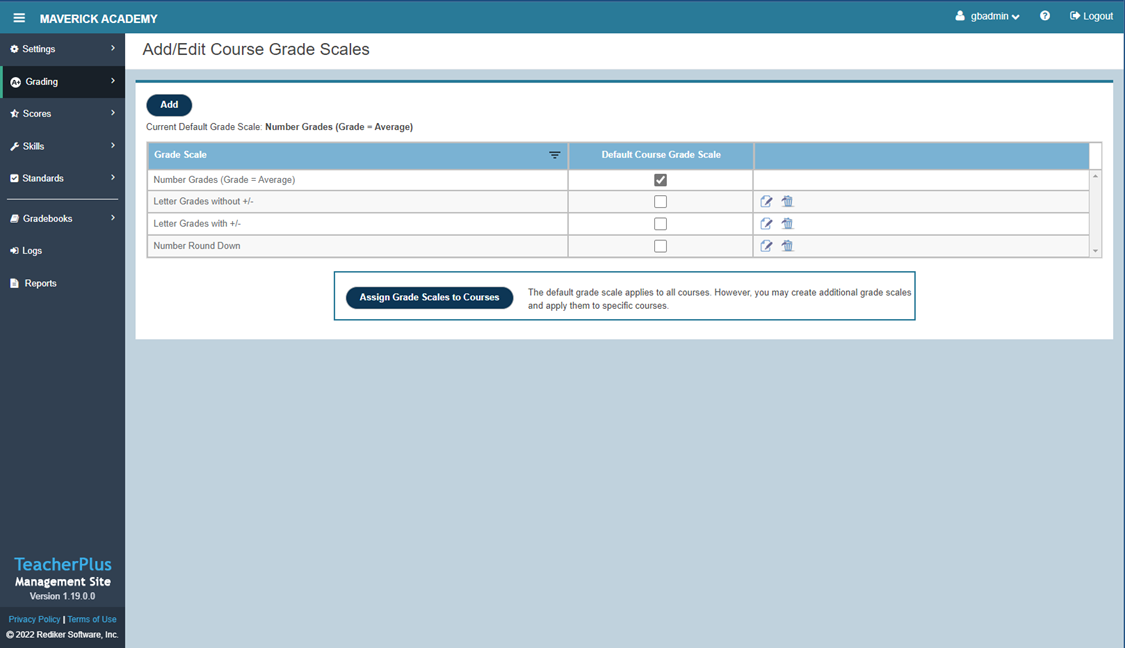 Fixed a rare issue where inactive standards are re-linked to courses during the import process.

Report not generating properly when including Categories with Arabic Characters

Fixed an issue printing reports when an included Category had Arabic characters.